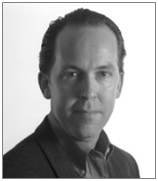 Eric Kuhn, stationed in Paris since 2006, is a former New Yorker, journalist and editor of the East Hampton Star. He came to Europe as a radio news resident correspondent in Budapest to cover the opening-up of central Europe.

Now a consultant in communication and business development, he advises European and American companies in strategy and commercialization systems. He was a Europe correspondent for Porter Novelli and The Conference Board.

Eric has been in collaboration with NPT since its first issue. He works as a communication consultant, bringing CANTON Consulting’s clients his international culture, his communication skills, and his precise knowledge of innovations in the field of payments within the European economic area.